Phasing out PCBs for a better world 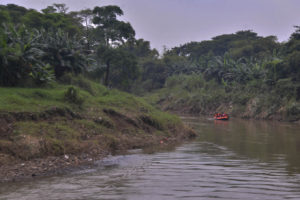 The Environment and Forestry Ministry recently enacted a new regulation on the management of polychlorinated biphenyls (PCBs). This measure sets a 2022 deadline for industries to conduct inventories of PCBs in their possession and a 2028 deadline for the total elimination of PCBs in the country.

PCBs are a group of chemical substances that are resistant to extreme temperatures. They can be found in electrical equipment, such as in the dielectric oils of transformers, capacitors and fluorescent light ballast. They are also used in products such as adhesives, ink, flame retardants and others.

PCBs are known to adversely impact human health and the environment. They contribute to disorders of the immune, nervous and endocrine systems in humans and animals. Due to their hazardous properties, PCBs are one of the persistent organic pollutants regulated under the Stockholm Convention, which Indonesia ratified with Law No. 19/2009.

The Stockholm Convention has set a 2028 deadline for the elimination of the use of PCBs in concentrations greater than 50 ppm in equipment and has obliged state parties to manage PCB waste in an environmentally sound manner.

Based on one estimate, approximately 241,213 tons of PCBs are scattered throughout Java and Sumatra alone.

Industries using transformers or capacitors manufactured up to 1997 are covered by the ministerial regulation. The regulation introduces two deadlines: (i) 2022 will be the deadline for industries to conduct inventories to identify whether their electrical equipment contains PCBs at 50 ppm or higher and (ii) 2028 will be the deadline for all PCBs in Indonesia to be treated.

These deadlines could pose serious challenges for industry and the government. Specific technologies are necessary for the treatment of PCBs. Only one facility, located in West Java, is expected to be ready soon to treat the waste. Moreover, its capacity is quite limited. Additional facilities are needed, particularly in areas outside Java. This may require foreign investment.

As soon as regional environmental agencies become aware of this regulation, industries may rush to conduct inventories as the 2022 deadline is drawing near. However, another challenge is that there is a lack of personnel with adequate experience to take PCB inventories.

Due to these challenges, industries must plan ahead to be able to meet the deadlines. This will not be an easy undertaking. Taking inventories may require electrical equipment to be turned off.

Industries such as the state electricity company will be required to appropriately schedule inventories so that the process does not cause any blackouts. Likewise, large-scale industries will need appropriate scheduling in order to prevent interference with their production process.

If an industry finds that their electrical equipment contains PCBs, the regulation requires that the equipment be labelled with signs that classify it as carcinogenic, teratogenic, mutagenic and dangerous to the environment. The regulation does not further address the treatment of contaminated equipment in public places or in the production of food and feed.

There were incidents in other countries related to PCBs, such as the infamous Yusho incident (1968) in Japan, in which PCBs from factory equipment leaked into rice bran oil and were later ingested by 14,000 consumers, causing the deaths of 500 people and 400,000 chickens.

In September 2009, the Irish Food Safety Authority recalled, withdrew and destroyed all pork products as they contained 80 to 200 times the EU’s recommended limit for dioxins and dioxin-like PCBs. The source of contamination was animal feed supplied by one manufacturer. The crisis eventually caused up to 100 million euro in losses, the slaughter of 100,000 pigs and the loss of around 600 jobs.

Due to the adverse impact of PCB contamination on human health and the environment, the Stockholm Convention prohibits the placement of equipment containing PCBs in public places and in food production facilities. Although not mandated by the ministerial regulation, it is highly recommended that industries remove equipment containing PCBs from public places such as malls, hospitals or schools. Likewise, food and feed industries need to ensure that their equipment is PCB-free.

Contamination may result in human costs and its effect will also be detrimental for the brand and operation of a company over the long term. The cost of conducting a PCB inventory is relatively small compared to the enormous cost of such contamination.

However, for state-owned enterprises (SOEs), this may require approval from shareholders or commissioners. As such, SOEs will be required to determine the best course of action with regards to their PCB-contaminated assets.

Enforcement of the regulation is linked with supervision of environmental licenses (now “approvals” under the Jobs Creation Law). The government may also link such enforcement with the Program for Pollution Control Evaluation and Rating (PROPER) program. With such measures, the regulation reflects the government’s commitment to and seriousness about implementing the Stockholm Convention.

Last but not least, full compliance with the regulation will not absolve industries of their responsibilities regarding pollution and other impacts of PCBs on humans and the environment. For example, the regulation prescribes that the obligation to conduct an inventory applies only to equipment manufactured prior to and including 1997.

In reality, equipment manufactured after 1997 that would otherwise be free of PCBs, can be cross-contaminated during the maintenance process by tools previously used to purify the oil of a contaminated transformer. If this exempted equipment contaminates the environment, the companies will still be liable.